Since we’d arrived so late the previous evening, we opted to make a leisurely morning. We slept in and had a leisurely breakfast and by 10 we’d checked out, leaving our bikes and bags at the hotel for a walk around the town.

We window-shopped and checked out the cathedral (an interesting mix of architectural styles, it was ornately painted and had a striking Romanesque nave) and ended up over at the river where we each took thousands of photos of the viaduct we’d crossed the evening before.

On the way back to the hotel we picked up picnic rations and by shortly after 12 we were bidding farewell to Agen and heading along the Garonne towards Moissac.

The plane tree coverage is getting sparser. Today many of the trees were oaks and others that I didn’t recognize and for the most part they seemed to be casting shade on the side of the canal we weren’t riding on.

After an hour and a half of riding our stomachs were starting to growl (well at least mine was...) so we started watching for a picnic site. My dream of verdant grass in the cooling shade of a plane tree didn’t seem to be panning out but Vera’s sharp eye spotted a break in the bushes. We made our way through and discovered an abandoned railway station. Around on the other side of the station there were indeed plane trees which provided us with shade. Although the grass was rather sparse it made an interesting picnic spot. We spread out our food and enjoyed our feast of bread, cheese, tomatoes, olives and melon.

The remainder of the afternoon was more of what we’d seen the previous day – lots of boaters, many of whom gave a friendly wave, a lock every 1-5 kilometers and from time to time a picturesque village on a neighboring hill. Today, one particular town was quite interesting… at Valence they’d made an open-air stage along the canal and we rode right through the scenery. On the opposite side were grandstands for the viewers. Apparently the evening shows tell the story of life on the canal in earlier times. I must say, I’ve had plenty of stage experience in my time, but this was the first time I’d ridden across one on a bike.

We rode into Moissac at around 5 and stopped at a café in the main square and drank cokes while we phoned for a hotel. We found a hotel with a room looking over the river Tarn and spent the next 2½ hours doing laundry and getting presentable. My oh my, it feels good to take a shower at the end of a long hot day on the trail.

For dinner we ended up at the same café where we’d had drinks that afternoon. It was sort of a family pizza-and-everything joint so I opted for a burger. Actually, hamburgers are usually quite good in France (Charolais beef!) and this was no exception. It really hit the spot.

For dessert I splurged and had a concoction involving caramelized bananas and ice cream. Tasty indeed.

As we walked back to the hotel after dinner, we came across the highlight of the town, the Romanesque church and cloister. Guess we’ll be visiting that tomorrow…

I can sure tell that on this trip I didn’t do as much reading about the destinations as usual. On the one hand it’s been fun to just take things as they come, but on the other hand with advance knowledge one can make better use of time. But of course “better use” is a subjective judgement. 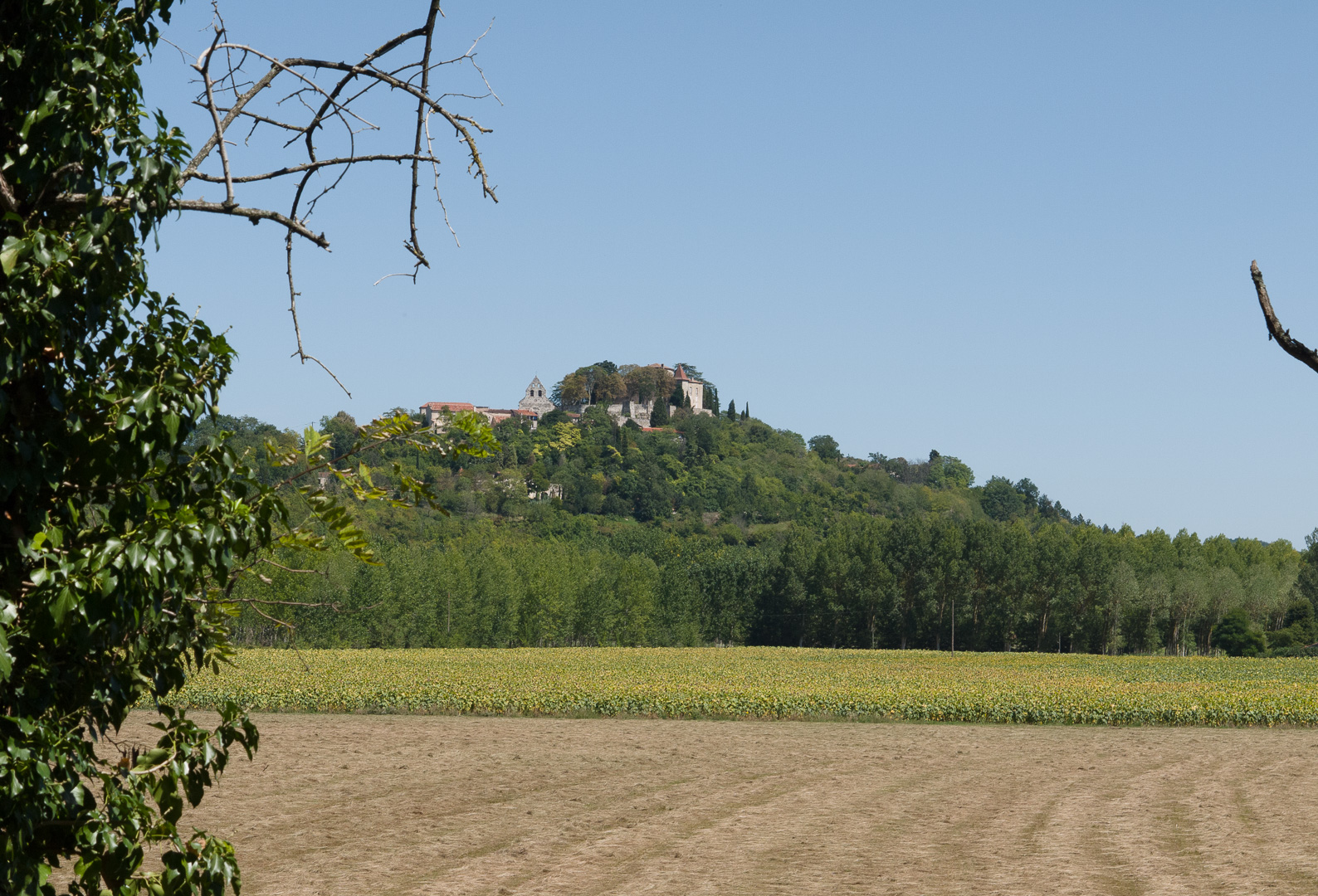