6: The Advantages of a Padded Posterior

After breakfast we packed up our bikes and rode into town where we wanted to check out the highlight we’d discovered late yesterday evening, the 12th century Abbey of St. Pierre.

We took our time walking through the cloisters and exploring the church, a fascinating mix of Romanesque and gothic. I particularly loved the yellow-painted walls and the carvings on the main portal.

Afterwards we enjoyed a cup of coffee at the café in front of the cloisters as we each perused the books we’d picked up in the gift shop.

At about 11:30 we made our way out of town after I’d stopped briefly at a boulangerie and picked up a mini-quiche for lunch. Shortly after the canal left the outskirts of the town it took a curve to the left and once again there was an aqueduct, this time crossing the river Tarn. There is really something cool about crossing a river on a bridge that contains a canal.

Hmmm… starting out at 11:30 was perhaps not such a great idea on a warm day, but that was how it worked out, so we just dealt with it. And just our luck, today there were more stretches than ever where either the tree population was somewhat sparse or they were scrawny and didn’t meet in the middle of the canal to keep out the midday sun. My suntan is getting darker every day. We were always motivated to keep riding because at least when riding, there’s a little breeze.

About an hour before Toulouse we stopped under the trees and stuck our feet in the canal while we called and made our hotel reservations for the coming two nights.

I had been a bit lazy the previous two evenings and hadn’t done laundry so neither of my two pairs of padded bike shorts was clean. By the end of the day I was really feeling my posterior. Now 20 or 30 or even 40km are no problem without padding but for me after 50km it starts getting a bit, well… uncomfortable. By this point we’d already ridden 60km – man, oh man, I did a lot of shifting around in the saddle during the last part of the day!

From there it was only a couple of kilometers along the canal through the city and then a short hop from there to our hotel. It was a somewhat modest place but had one important attribute – air conditioning!

We threw our bags in the room, showered and changed and in about an hour were out the door looking for a dinner spot. The hotel was well-located, in back of the opera house and near a lively plaza, about a 10 minute walk from the main Place du Capitole.

One side of the large Place is completely taken up by the grand 18th century building that is the town hall and home to various city offices.

The side opposite the Capitole building is lined with restaurants so we decided we had to eat there because the view was so magnificent. We walked up and down the row and tried to choose the least tourist-trap-like of all of them.

We did as well as we could and our dinner was ok. As a first course I had (for the millionth time…) my favorite salad with warm cheese toasts. This one was a pimped-up version with avocado and pine nuts and a tasty Roquefort dressing on the side.

I cannot imagine what possessed me to order cassoulet, the most wintry of all meals (casserole of white beans and different kinds of meat and poultry), on a 90-degree summer evening. I guess I felt that I needed to eat it at least once in its place of origin. I really should have just stuck with the salad – the cassoulet was ok but no more than that, and definitely the wrong choice for me that evening. Oh well, you can’t win ‘em all. I drank another glass of wine and it helped me digest my meal. 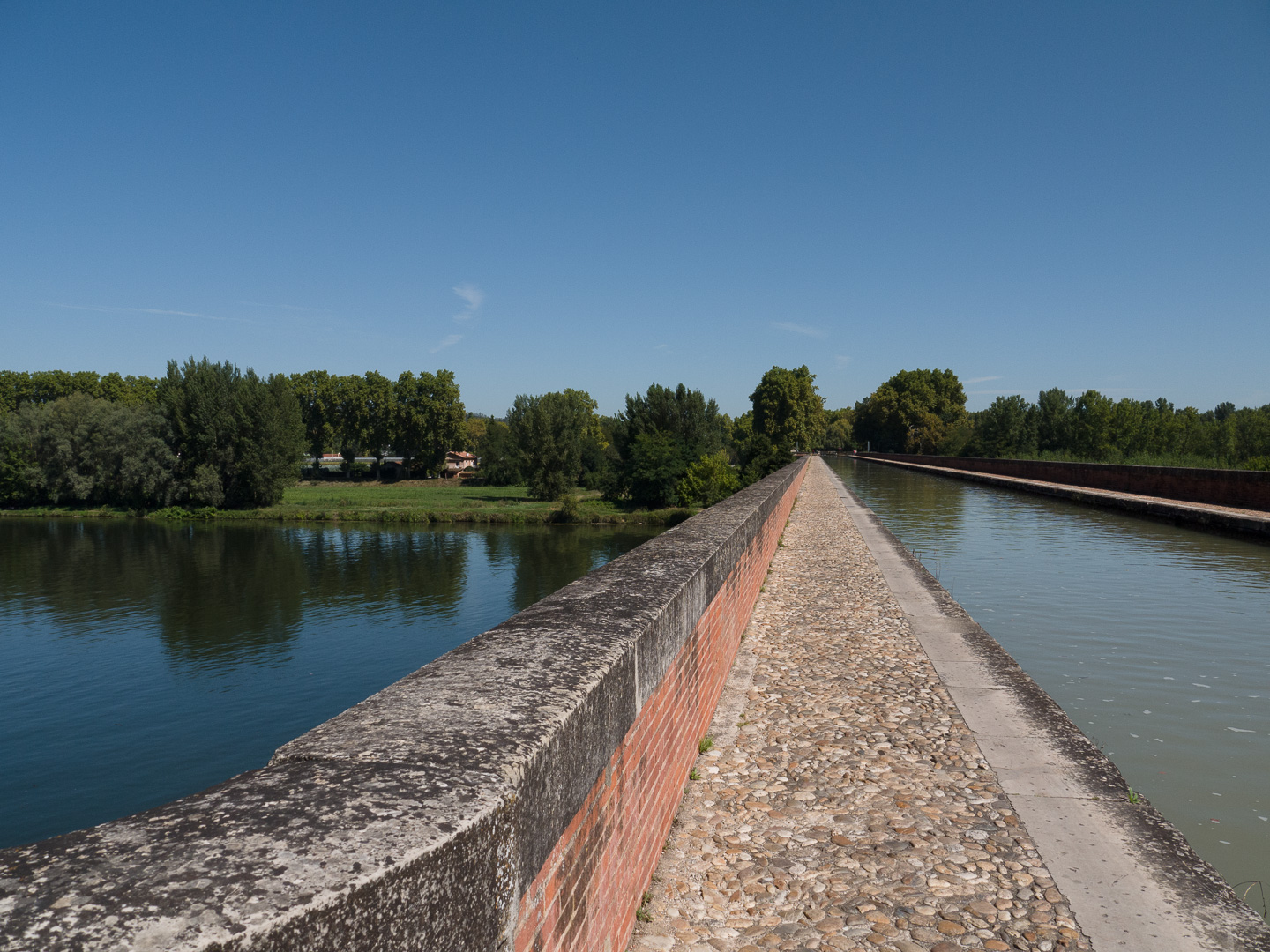